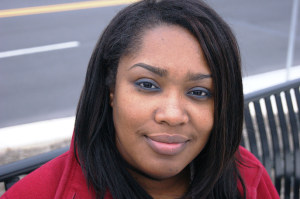 Hi, I’m Sandy. Way back when the dinosaurs roamed at the end of 2008, I started paying a little bit more attention to my debt.  As the year faded into 2009, the idea to build a website to keep myself accountable to eliminating my debt burst into my mind.  I hopped onto Blogger.com and created a blog that I named My Cheapass Blog.  I really didn’t begin my blog for anyone else to see – it was just a way for me to have the total amount that I owed at my fingertips.  Here we are years later and this blog has blossomed into a thing.  Here’s a little bit more about me. I started this blog with well over $105,665.31 in debt after a failed business and some massive student loans…at least, that’s what I said that I owed.  In actuality I owed a friend another $5,000 and I would receive a notice in the mail that I owed $10,000 in back taxes and penalties.  This blog has been a chronicle of my journey of getting out of it without filing bankruptcy. $120,665.31. So, how did I get into this mess?  I basically had a brick and mortar store and borrowed a  HELOC as well as money against my credit cards as my business began to fail.   The balance also comprised of some student loans from undergraduate and graduate school.  Beyond those two major things, I try to be financially responsible. Wait, wait, wait!  I’ve been called out for not offering up enough about me, so I’m pasting part of a post I did elsewhere here.  You asked for it.

It all started after I hit rock bottom, but that’s the middle of the story, so let’s go back to the beginning.  I’ve always known that I was meant for greatness.  I say that not with arrogance or self-importance; it’s just something that I’ve always felt coursing though my blood.  I vividly remember being 8 years old and the teacher asking what I wanted to be when I grew up.  I sheepishly thought to myself, President, but I knew better than to actually say it.  You see, I knew that I could never be the President, not because I was a girl, but because I wasn’t born in this country, and immigrants can’t be President. I feverishly racked my brain.  What could I say that wouldn’t be embarrassing?  With nothing popping into my mind but President, I blurted “waitress!”.  You can imagine the shock and horror on the face of my teacher when the bright little shy girl in the back of the room whispered that she aspired to be a waitress.  A parent-teacher conference would have to be called, because there was obviously something going on at home.  But no, there was nothing going on at home except a single mother with two small children that had immigrated to this country with nothing but a few suitcases. Seeing my mother working hard to provide basic necessities for us motivated me in ways that I can not ever recount.  I knew that I had to work hard to be better than everyone else at whatever I wanted to do, but what was it?  Since I couldn’t be President, the next best thing of course, was to be my own boss.  So, 18 years later, after working hard at jobs that I hated on Wall Street, researching, saving, and borrowing, I opened my own boutique selling costume jewelry.  The first few months were spectacular.  I was selling roughly $20,000 a month in costume jewelry, and knew that everything was going exactly as projected.  What I didn’t know was that a major recession was right around the corner, and it hit me with a bang.  That combined with my city doing a 1.5 year road reworking project on my store’s street which redirected traffic away from me virtually killed my business. Three years later my store was closed, I was in $65,000 debt from the store plus student loans from my undergrad and graduate school years.  I owed a total of $115,000 and I didn’t know what to do.  I spiraled into a major depression gaining 50 pounds and pulling away from family and friends.  They didn’t know how to help me, and I didn’t know how to help myself. The world seemed like it didn’t need me, and I wasn’t sure if I wanted to be in it. I decided to write down all of my debts and tackle them one-by-one with ferocity.  It was slow going and I stumbled a lot.  I needed greater visibility and accountability.  On New Year’s Day 2009, I started the blog.  At first it was just a way for me to see what my balances were from day-to-day, but then I started sharing some tips and freebies with my friends.  Being frugal had become chic and I in vogue.

The story here is that you can fail.  You can fail completely miserably.  But as humans we are resilient enough to be able to pick ourselves up, and reinvent ourselves and be better every single time.  An early failure has made the best of people who we admire including boldface names like Oprah, Steve Jobs and Bill Gates. Every failure is an opportunity for improvement.  This is my journey.

Check out a few of my favorite stories about my financial situation:

DISCLAIMER: You should not take anything that you read here as professional advice but as entertainment… I’m just a chick in debt trying to claw my way out. Should you need professional financial help, please contact a trustworthy (I think that they exist) certified financial planner or accountant.

In order to help me slay some debt I may from time-to-time accept advertisement placements.  Please be aware that I may be remunerated by a  company for a product or service mentioned.

Want to get in touch with me? Send an e-mail to cheapskate [at] yesiamcheap [dot] com, click on the contact button above, or follow me on Twitter @yesiamcheap for personal finance articles and my constant musings.