Get A New iPhone? Heck No!

by Sandy Smith
in News, Rants
0

Get A New iPhone? Heck No!

Every Fall a strange phenomenon happens within the U.S; hordes of people with money to burn line up outside of their local Apple store days ahead of a potential announcement to be the first in line to toss money at a “genius” before scurrying off with the latest gadget.  This year my friends, the latest gadgets are phones from Apple.  Before I go on, I have to make a full disclaimer that the only Apple product that has ever entered my home came off of a tree, and unless they were in a pie I wasn’t too fond of them either.

I have the pleasure of working in Manhattan some days and get to pass by fanatics who camp outside of the Apple store for two weeks at a time.  It’s not that I begrudge them sticking with a company and products that they love, but I often wonder where these people get the money from to buy these products because they are clearly not going to work any time soon.

We get so wound up in having the latest, brightest, most whiz-bang thing what we hardly stop to ask if we actually need the thing that we are buying or if it makes sense to replace a perfectly good phone with another phone that you really don’t need.  If the iPhone was the official phone of heaven and Jesus herself came floating down from fluffy white clouds to encourage me to purchase the iPhone so that I could live with Her for eternity, I would seriously have to ask Jesus if she was getting kick backs from Steve Jobs – and could I have a piece of the action.

My phone costs a whopping $50.  Guess what my $50 phone does? Let’s explore, shall we?  My phone makes and receives phone calls; downloads and uses apps; takes photos and videos; sends and receives e-mail; allows me to stalk Anderson Cooper on Twitter; updates my two Facebook friends on the whole lot of nothing that I have going on in my life; acts as a distraction device when I’m stuck on a train with hordes of New Yorkers; lets me pretend to be Kim Kardashian’s friend as I work my way up to the A list; plays all of my stolen music; and allows me to transfer my few coins between accounts so that the bill collectors don’t find me.  All-in-all, it does pretty much the same thing that your $200 and $300 iPhone does.  I did mention that it was $50, right and I’m not locked into some contract with a cell phone company either.

Apple insists that they have made one of, “the best phones ever made” because, you know, the last bunch of phones that they put out that you shelled out your hard-earned money for were just pieces of garbage.  Sucks for you if you fell for the marketing last time.  I wonder how long it will be until they have a new “best phone ever”.  Maybe next year perhaps? 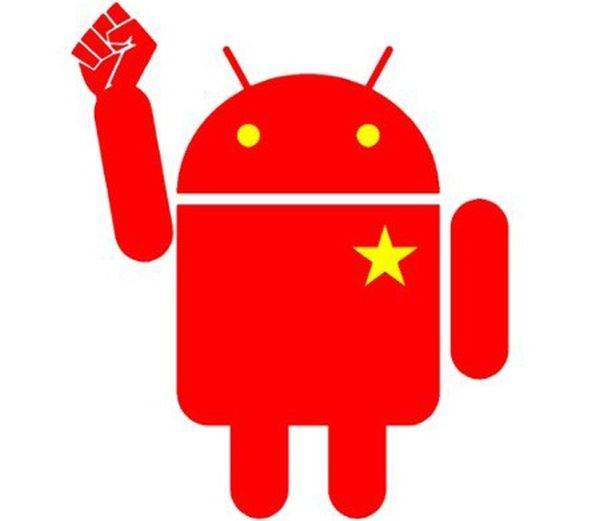 If I lived in a virtual world and walked around with my head held at a constant angle from the horizon so that I could view my phone, getting the latest gadget every year is possibly justifiable.  But I like to have those things called – what the heck are they again – oh yeah, real life experiences that does not involve my phone and so I’d rather spend my money elsewhere.  Plus, if you’re in debt, how much money can you justify spending on a phone?

I have totally forgotten about money!  So, you remember those $200 and $300 prices that I quoted before?  Wait, excuse me, $199 and $299 respectively.  Well, that’s if you pony up for a new two-year contract with your carrier.  If you get the cheaper phone and pay $60 each month for your plan you will shell out $1,640 in two years. I’m the kind of girl who hates to be locked down by the man.  So, if you want a phone that doesn’t come with a contract get ready to rip your eyeballs out.  Here’s what T-Mobile wants to charge you:

Let’s say that we get the cheapest phone and I continue on my $40 per month pay-as-I-go plan and I’ll end up paying $1,609 over the course of the two years.  Not much in savings, but at least I’m not tied to a contract.  Oh, and my $40 plan already includes the taxes.  I’m not so sure that the Verizon $60 plan includes taxes.

Did anyone notice that it’s going to cost some serious money just to get to use the latest gadget and talk to people? There isn’t enough conversation in the world for me to warrant shelling out that much money just for a phone.  I can buy a brand new laptop instead of my duct taped version, get a couple of new phones, pay a few months’ worth of phone bills and still have money left over in my pocket.

Me, get an iPhone? Oh hell no! Now, not only does Google owe me for talking about my $50 phone, but Apple owes me an apology for clogging up my news feed with announcements.

Don't Invest In Yourself Until You're Debt Free

Cheap? Frugal? Why Is There Even A Debate?

Cheap? Frugal? Why Is There Even A Debate?