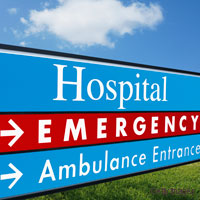 Much of the content on this blog includes real world stories either of myself or the people around me. This particular story is such a painful one that I have been reluctant to share it, even though I know that it can help someone else that will find themselves in the same situation. As with all stories, I will begin at the beginning.

One of my coworkers was very suddenly diagnosed with stage 3 cancer of the lungs. He was actually a long-term temp working within the company so technically, he was not an employee of the company that I work for. His pain started as a back ache and got so severe that even though he had no health insurance, he was forced to go to the emergency room. He was admitted into the hospital and held until he received his diagnosis. At that time, the doctor assigned to his case began an aggressive treatment regime that was mean to cure the cancer.