by Sponsor
in Learn Something
0

Payday loans and title loans are routinely criticized for having steep interest rates. They are often tagged as the worst consumer loans due to their stringent repayment terms. Payday loans and title loans usually have to be repaid within a month. In many states, title loan lenders have the ability to offer longer repayment periods but, there is no federal law that mandates lenders to avoid imposing the typical thirty-day term. 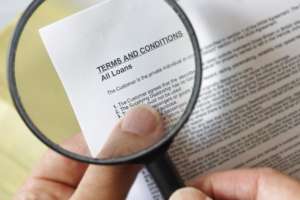 me repayment along with an exorbitant accrued interest can make title loans risky. However, in taking a closer look at title loans and the more flexible repayment terms offered today, we find that title loans are not much riskier than other more conventional loans. Installment loans, for instance, happen to be just as risky as title loans. A new research study done by Pew Charitable Trusts, exploring the various aspects of installment loans, concludes that installment loans are not safer than the high-cost title loans. Pew finds the state’s laws to be either inadequate or not comprehensive enough to tackle the different ways lenders (such as banks and traditional financial institutions) tend to exploit the borrower. There is more to traditional lending than meets the eye; therefore, it is unfair to degrade title loans for steep interests and shorter repayment terms when conventional installment loans have similar risks and often compel a borrower to fall into a debt cycle.

Millions of Americans use their credit cards for typical everyday purchases 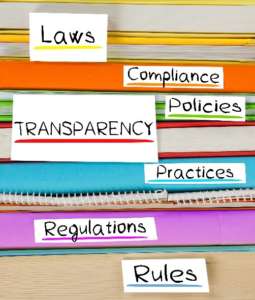 and for cash needed in the case of emergencies. Similarly, millions also rely on credit unions or banks for short-term loans to satisfy even larger obligations. For this reason, there are a great number of major financial institutions across the country offering a plethora of loan options. These consumer loans used to be deemed safe because they were more stringently regulated, in comparison to the laws that regulate title loans. However, the regulatory scrutiny with loan repayment terms for these types of loans has begun to lack in recent years and now lenders that are more traditional have begun taking borrowers on a ride.

The research study conducted by Pew estimates that around ten million Americans borrow anywhere from $100 to over $10,000 in installment loans in a calendar year, and these borrowers spend over a whopping ten billion in fees and accrued interest. While installment loans offer a bit more room to repay, there are various costs that add to the financial burden of the borrower. Inadequate state regulations and poor scrutiny have allowed providers of installment loans to levy upfront charges. Many companies do not reveal the actual cost of taking a loan upfront. Because of that, there is the danger that borrowing can be costlier than it appears to be.

Forced to Refinance and Entering into a Debt Cycle

Lenders also routinely charge acquisition fees; which means the annual percentage rate (APR) is not the only financial obligation apart from the loan amount that the borrower is required to pay. There are what are known as “ancillary products”, such as credit insurance, that have upfront premiums. Upfront premiums are standard practice. When a borrower takes out an installment loan, most of the amount repaid in the first few months –if not all– is credited toward the interest while the principal remains unpaid or hardly satisfied. What this means is, while more of the borrowers’ principal amount is left unpaid, the lender is essentially earning their gross profit. With this cycle, borrowers will have more difficulty with effectively paying their principal amount due before the end of the term. Many borrowers end up refinancing their installments because of tricky repayment terms such as these, and thus the same cycle repeats.

The Design of the Debt Cycle

Presenting even more of a challenge with repayment, every time a borrower refinances an installment loan, there are even more upfront charges (one being credit insurance); and the first few repayments are, again, more so credited toward the interest and not so much the principal. It is not sheer coincidence or the fault of financial mismanagement on behalf of millions of borrowers that many borrowers end up in worse shape than they started and run into a never-ending cycle of debt.

Title loans are more straightforward in this regard. Their repayment terms may not be as long but, one does not need that long to repay a few hundred or a facouple thousand dollars. Installment loans are usually around a few thousand dollars at the very least, so installment loans present a much greater liability than that of title loans. In addition, title loans do not necessarily have credit insurance requirements and they often do not credit repayments toward the interest first and neglect to satisfy the principal. Title loans that are available as installment loans, usually with a repayment term of 90 to 180 days, come with evenly spread out monthly payments. They are just as safe or manageable as traditional installment loans.

It is considerably easier to manage a financial obligation when all the facts are disclosed and no concealed charges are levied. Practices of the traditional lending industry, be it banks or retail lenders, have not been the noblest or most reasonably transparent.

What Do You Need to Operate a Home-Based Business?