If you have debt hanging over your head, what’s stopping you from paying it off?  It’s time to become debt free.  As a financial planner I can tell you the most common answers are: I don’t want to withdraw from my savings, I 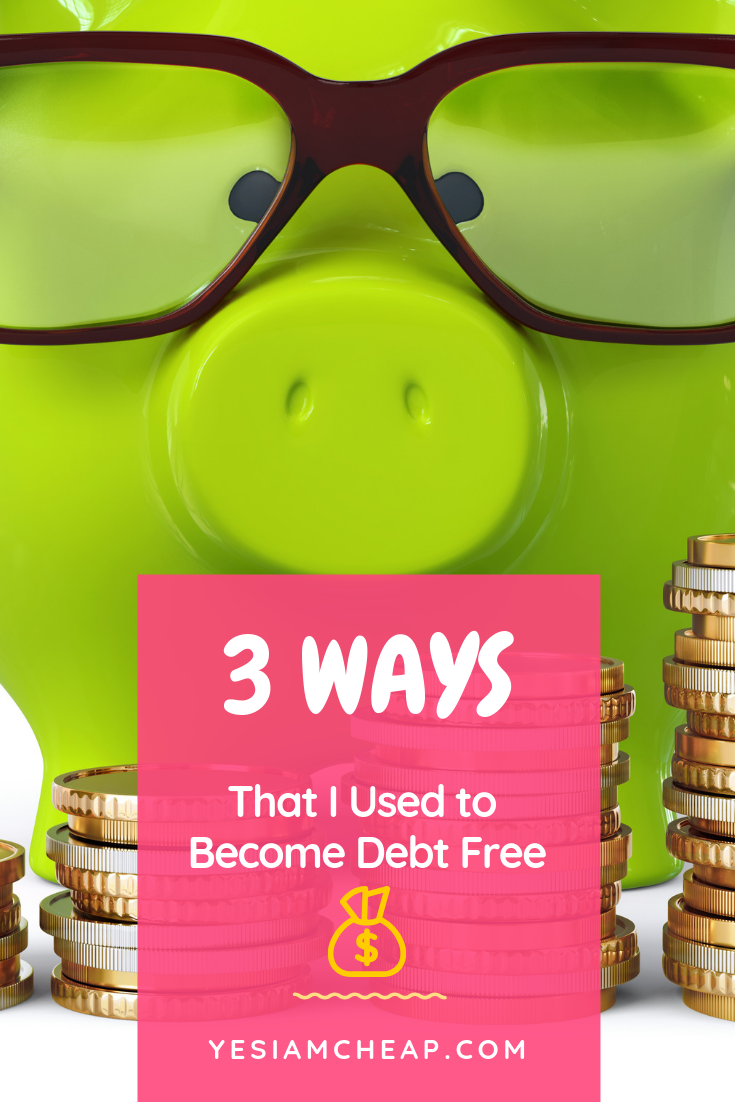 don’t have enough savings to pay off the debt and I don’t make enough money to afford more than the minimum monthly payments.  Do any of those excuses, I mean answers, sound like you?

The truth is we can all afford to become debt free, the question is how much are you willing to sacrifice to make it happen?

Trust me when I tell you that I know just how stressful debt can be.  I was over $50k in debt by the time I was 30 thanks to student loans, credit cards and a new car.  I definitely should have known better because like I said, I’m a financial planner.  But that’s all in the past.  Now I’m 35 and live debt free.  Believe me when I tell you that I’m not going back to being broke.

Here are three things I did to become debt free:

When I hit rock bottom, like sitting in a bankruptcy office rock bottom, I decided that I was going to change my life around.  Not by wiping away my debt and ruining several future years of my professional and financial life with bankruptcy, but by making changes.

First I got a second job (in addition to my job at the bank) in retail and then I got a third and forth job as a freelance writer.  All my extra income went towards making additional debt payments.

I contacted every single credit card company (there were five) and begged them to lower the interest rates.  I pulled out the “I’m a financial planner in a global economic crisis” card and the “isn’t it better to get paid a little bit of interest rather than have the entire outstanding balance written off in a bankruptcy” card.

Paid off the lowest balance first

Seeing a $0 balance also gave me a sense of accomplishment.  I hated having several different payments and eventually just focused all my extra income on the last credit card standing.

This is only the beginning of my story – and oh boy does it get better.  I’ll share an additional four tips on how to become debt free next time – so be sure to come back.

Differences Between Taking A Loan Or A Withdrawal From Your 401K