The economy is back in full swing if you’re a CEO that is. According to a NY Times report, the average CEO pay rose in 2010, which was not surprising since companies are finally regaining financial footing. What surprised the Times was the amount by which executive compensation rose. According to their information, the “median pay for top executives at 200 big companies last year was $10.8 million. That works out to a 23 percent gain from 2009.” Yes, a 23% increase. How are you doing with your 1%?

The main reason for the rise in executive pay was good old cash. Cash bonuses rose by a whopping 38 percent. Be still my soul. For me to get a nearly 40% raise I would have to die and be reincarnated as someone else. I don’t think that my compensation will rise by 40% for my entire lifetime. Topping the list is Philippe P. Dauman, the chief executive of Viacom, who received a total compensation of $84.5M. That’s for ONE year. That’s not for decades of work. It’s ONE year. That’s him below if you single ladies (and some of you gentlemen) want to slither up to him in a bar somewhere. Make that supper club. 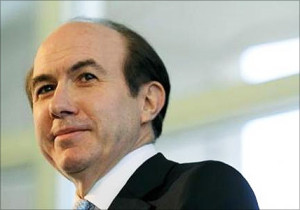 The Time believes that this incredible jump is pay is to “make up” for the year before when executive compensation was “lean”. My kind of lean and their kind of lean are two totally different kinds of lean. Maybe they had to downgrade from caviar to ikura last year but this year they are buying the entire fish. Consider this: the average American worker took home $752 a week in pay, up 0.5 percent from a year earlier, but that tiny gain was wiped out by inflation. This means that you effectively brought home LESS or your pay could buy LESS than before. What does the average worker do when executives that were already taking home almost 300 times more than the lowest paid worker in the company then gets a 23% raise and they’re left with a raise of one half of one percent?

Now, don’t think that I am against executives receiving a large compensation.  Since they are entrusted by shareholders to lead the company to financial success, it is only fair that the most senior executives should receive a compensation package commiserate with the performance of the company, but that’s not what we’re talking about here.  Boards are still struggling with how to tie executive compensation with the company’s performance.  It does make since that if an executive can be credited with making the company profitable, they should also be blamed and adequately compensated for lackluster performance.

The NY Times has a great infographic on executive compensation.  You can see a small version of it below.  Click to enlarge and view it on the NY Times website. 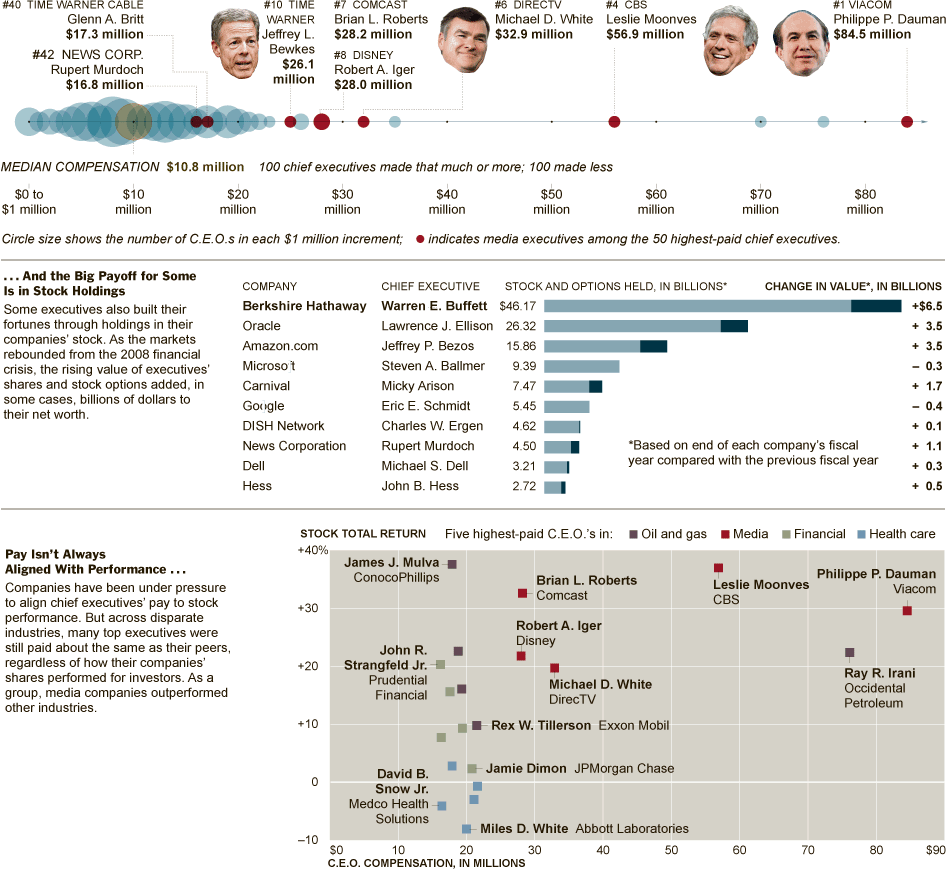 <br
<font=1>This article and others can be found at Yes, I Am Cheap where Sandy chronicles her efforts at getting out of debt.

Can The Unemployed Get A Credit Card ?

Can The Unemployed Get A Credit Card ?

7 Best Side Hustles for the Fall

How to Find a Good Financial Advisor