I Predicted the Mortgage Fraud Crisis

TweetI predicted the foreclosure crisis.  No, really, I did.  Let me tell you my story.

I’ve worked for a number of the large banks that you have heard of.  Probably too much in fact.  I was fired from a job at one investment bank after a few months of butting heads with my new boss.  He was a real idiot and very full of himself, and I refused to kiss his ass.  Call it pride, I call it dignity.  Within 3 weeks I had a job at a commercial bank, in their wholesale mortgage lending division. It was my first time working in this kind of banking institution and I was up for a change of pace from working in Manhattan. I can safely say that it was at Washington Mutual (now part of Chase) in an office park on Long Island. There was one large, very open room filled with people all processing mortgage applications. I don’t even know how many people worked there because it was not a warm and friendly place.

Everyone was motivated by the pay scale. The base pay was okay, I think about 30K-35K and a college degree was not required. But what really motivated everyone was the bonus structure. You were paid a monthly bonus (I said monthly) that was based on the number of loans that you closed within a month. At the end of each month there was always a rush to close loans, but I’m ahead of myself. Each individual had a desk the size of the gum on the bottom of my shoe, and a file cabinet about twice as large. Stuffed in those cabinets were loans that were in various degrees of completion.

As a person that was entirely new to the mortgage industry, I was to shadow someone until I learned the ropes. No one had enough time to teach me, nor did they want to, since it would take time away form their ability to earn their own bonuses. So, I was assigned to a group of about 6 loan officers who were then assigned to one loan underwriter. It was the job of the loan officers to: make sure that all of the application documents were in the file; job and income verifications were done; inspection reports were included in the file; flood documents or flood insurance would be purchased; information required under the just passed P.A.T.R.I.O.T act was included; and source of down payment funds were verified. Basically, they were document processors. When all of this information was included in the file, it was sent over to the

When I started working with the team that I was assigned to, I was really gung ho about learning. I would literally sit next to the loan officers and see what it was that they needed done. Sometimes I would make job verification calls; sometimes I would call loan originators for missing documents. I would often have down time when the loan officers were at lunch which allowed me to flip through the files to see what was missing. Flipping through those files taught me quite a lot about the mortgage business. At the time they were still accepting what was called “no doc” or “low doc” loans. Basically these individuals provided little to no paperwork and the bank would accept their word for it about their finances (wink-wink, nudge-nudge) but charge them higher rates for these loans. It was clear why some called these types of loans “liar loans” because it was obvious that many of those individuals made up a lot of their information, but the bank let it all slide.

Loan originators, with the blessing of managers, would take actions to ensure that people that would not normally qualify for loans did.  The bank would often include in “income” potential income from second apartments if it was a multi-family home, whether the person intended to rent that apartment out or not.  Some originators would advise the loan originators to tell the borrowers to transfer credit card balances onto someone else’s card temporarily to get their debt to income ratios down.  I had also heard originators tell borrowers to borrow money from family members, leave it in the bank for at least 3 months, then provide those bank statements with the loan application as proof of savings, or down payment funds, then give the money back to the family members.  Since the bank only required the last 3 months of statements this way a way to pump up savings totals.  What those individuals would do was at around the same time that the loan was approved, but before the bank closed on the home, they would shop around for a second loan to cover the down payment that they said that they had.  Another tactic was having someone add a family member onto the loan application with a better credit score or with a decent income to meet the income requirements.  Borrowers were told that they could easily refinance within a year to get the other applicant off the loan. 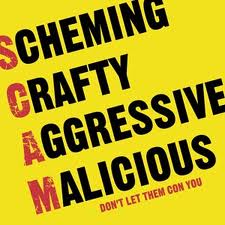 I thought that the level of shadiness that I saw bordered on illegality and I raised those issues to my manager.  I told her that it was obvious that many of the applicants would default on the loans because there was no way that they could afford to pay for the loans.  She agreed with me!  Not only did she agree with me, but she said that it was fine because those borrowers would default and the company could get the homes back when they defaulted and sell another mortgage when the home was resold after the foreclosure.  They could also make some money on the sale of the home just on the appreciation of the value of the home itself, plus they wouldn’t hold the loan for very long since they would sell the loan to someone else, so they were virtually covered.  I was shocked!  I seriously could not believe my ears.

I have a bit of a conscience that pops up every few years and that one had my antennae up and buzzing.  I felt as if there was no way that I could stay employed there and have a decent night’s sleep.  Even though I did not have another job lined up, I tendered my resignation and gave them a whole week’s notice.  The manager was pretty disappointed and asked me to at least give them two weeks’ notice.  I pointed out that it was not required by the state, and if they were firing me they would not have given me that courtesy.  I was nice and worked the extra week giddy at the prospect that my time there was coming at and end.  I worked there for a total of almost three months and that job will NEVER be on my resume.

So, when I hear pundits say that they were blindsided by mortgage fraud and the foreclosure crisis, I say bullshit!  I saw it coming years before the bubble burst.  There were way too many people buying houses that they clearly could not afford at over inflated prices and the banks knew it.  They didn’t care because they were making too much money and were too short-sighted to think that the gravy train would come to an end.  Well, not only did it come to an end, it burst around their own ears.

So yep, I predicted the crisis. Too bad I have no clairvoyance with the winning lottery numbers.  Have you been affected by the crisis?

This post was included in the Carnival of Personal Finance hosted by The Mighty Bargain Hunter.

Should You Still Collect Unemployment Benefits If a New Job Offer Pays Less?