Zombie Debt Is Popping Up Again

Last night the hubby and I were busy making dinner when the phone rang. Hubster picked up the phone and began talking. As I was busy stirring the peppers and onion for fajitas (olé!), I heard him confirming his date-of-birth and a red flag went off in my head like an explosion. So I spun around and asked him, “who the heck are you confirming your birth date with?” Like most men, he tried to ignore me and shushed me while he kept talking. The next thing I heard him say was, “Sprint? I don’t have any accounts with Sprint? A bill from when?”.

Now folks, have you guessed who was on the other end of the phone? Yes, it was a debt collector. Times are hard, and money’s short so everyone has to do a job, and I don’t blame the debt collectors, but this kind of collector always makes me want to curse them out and slam down the phone. The bill collector was earnestly trying to collect a debt from 1998, of which my husband had no memory. With me yelling something alone the lines of “don’t agree to a dang thing” in the background, husbando did the right thing and said that he had no clue what the collector was talking about, while the bill collector tried to get him to admit to owing the debt and agree to some payment plan.

Now, we’ve spoken about zombie debt or scavenger debt before, but it I have to talk about it again. Your state has a time limit on how long someone can collect a debt from you. Did you know that? The time typically ranges from 2 to 15 years and varies from state to state and the clock begins when the company charges off the debt, or from the date of last activity on your credit report. In NY, I think the limit is 6 years as long as they do not have a judgment against you. After a judgment they have 20 years and then they can renew it, so don’t let it get to a judgment. By-the-way, if you’re in Rhode island, you’re pretty much out of luck since you have one of the longest statues of limitation in the country.

So anyway, this vulture was trying to collect a debt (that might or might not have legitimately incurred by my husband-o-lino..he says that he never had Sprint and he did have some identity theft issues back then) knowing that it was illegal for him to do so! So if one of these vampires calls you, this is what you do:

Do you need samples of the letters that you can send? Why reinvent the wheel? Go ahead and download sample letters directly from the Consumer Financial Protection Bureau.  If you’re being lazy, here they are in Word format: 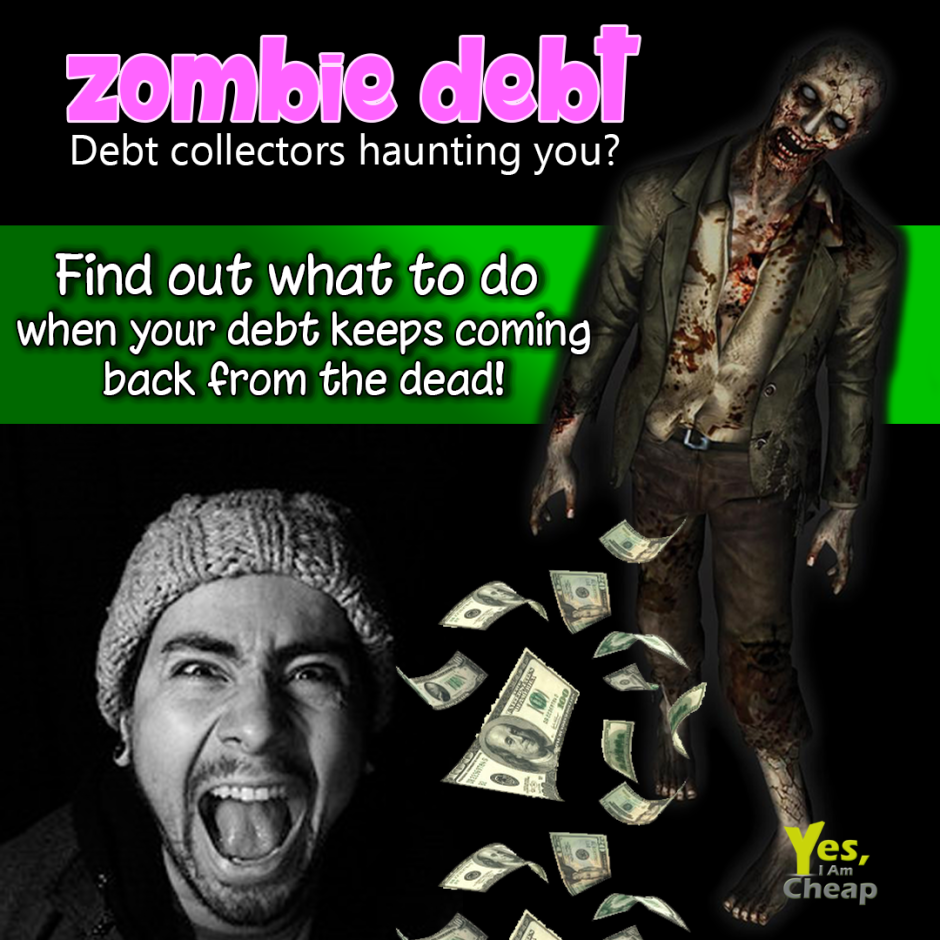 Now, this is where it gets tricky. Anyone can sue anyone in this country for just breathing, so they might try to sue you. Don’t let them just get a default judgment. Show up! Then tell the judge that you’re disputing the claim on t
he grounds that the statute of limitations has expired. Feel free to bring in their letter where they verified that the debt was from whatever date back some long years ago or your credit report (if it shows up there) showing the date of last activity. Violá!

Honestly though, whenever creditors uses a third-party to collect a debt, that collector is obligated to follow the rules of the Fair Debt Collection Practices Act, commonly referred to as the FDCPA.  That doesn’t mean that they don’t break the law all of the time.  The FDCPA says that debt collectors can not:

There are a bunch more rules but I’ve seen debt collectors violate all of the time.   Oh yes, and here’s something else that you should know, making a payment, making a promise of payment, entering a payment agreement, or making a charge using the account can restart the statute of limitations on an account.  Simply even just acknowledging that you once owed or you even speak English can do that do.  A little exaggeration there but you get the point.  When the clock restarts, it restarts at zero, no matter how much time had elapsed before the activity.  Plus, your statute of limitations actually depends on the type of agreement or debt that is owed.  Check out what the time limit is for your state to ensure that they can not collect.

Now you’re wondering, why do they do this if it’s kind of illegal? It’s simple, money. Debt collectors can buy the right to collect these debts for literally pennies on the dollar, and they hope to reach a sucker who does not know their rights and get away with a big pay day. Don’t be that sucker. Don’t pay zombie debts.