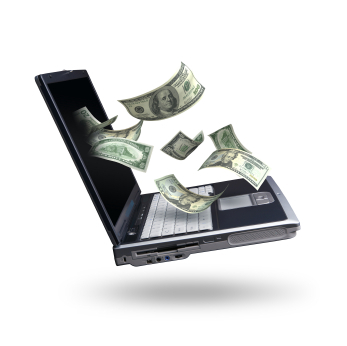 Okay, I’m back and fully recovered. Let’s get back to the business of reducing my debt and chatting about the little green men we all love – money. I’m always talking about different ways to make money, but even I didn’t come up some of the outrageous ones where people actually make millions of dollars.

Maybe all that tinkering that you do in the garage can pay off some day. Now, if I can only come up with some product for $19.99 I’d be laying on the beach in Bora Bora sipping on a Mai Tai while getting a massage. Hey, a girl can dream.

Antenna Balls
You’ve seen them; maybe you even sport one on your car. Those ubiquitous, yellow smiley-faced balls perched atop antennas in parking lots nationwide have made Jason Wall a very wealthy man. Inspired in 1997 by a commercial for the fast food chain Jack in the Box, Wall created some antenna ball designs and began selling them locally through auto stores in California in 1998. Within a year, he had earned more than $1.15 million in sales and quickly won major accounts to sell his product through national chains, including Wal-Mart

Santa Mail
Every year, millions of children around the globe pen letters to Santa and hope for a response. Byron Reese realized the potential in this market. In 2002, he launched “Santa Mail,” a service that allows kids to send letters to the North Pole. Parents enclose a small fee of just $9.95, and little Johnny or Jane receives a personalized letter back from the “big man” himself. By 2009, Santa Mail had responded to nearly 300,000 children. At close to $10 a letter, well, you can do the math – needless to say, it was a little idea that has earned Reese a big return.

Million Dollar Home Page
In 2005, while brainstorming ideas on how to make money to pay his way through university, British youngster Alex Tew came up with the idea of creating a web page with a million pixels and charging a dollar a pixel to advertise on it. He called it the “million dollar homepage”. It’s an idea so simple that many might have thought of it but so successful many more now wish they had.

Pet Rock (WTF?!)
Anyone who was into the whole Pet Rocks fad in the 1970s fad will know just how crazy this one was. Conceived by Californian advertising executive Gary Dahl, the first Pet Rocks were ordinary grey stones bought at a builder’s yard and marketed as if they were live pets. The pet rocks “craze” only lasted about six months, but that was enough to make Dahl a millionaire.

Making Your Hobby Pay Off

Making Your Hobby Pay Off