Will Credit Card Debt Be Held Against You In A Court of Law?

This article was written by Odysseas Papadimitriou, CEO and Founder of CardHub.com, a website that helps consumers trade gift cards and get the best credit card deals.

When you think about debt collections, your mind probably jumps to ringing telephones, strangers on your doorstep and stress. And it’s true—debt collectors are typically quite persistent in their efforts and are liable to try just about anything to convince you to pay. However, as you perhaps know by now, certain rules govern their conduct. Unfortunately though, debt collectors do have the right to sue you for money that you owe. And if you’re not careful in handling your debt, you could very well find yourself on the wrong side of a civil court decision that not only requires you to pay the full balance of what you owe but also holds you liable for legal fees. Given that legal action is one of the most common avenues used by lenders and debt collectors to recover significant amounts of delinquent or charged-off debt, it’s a pretty darn good idea for every consumer to learn how to strategically manage credit card debt in order to avoid losing a lawsuit.

The first step in such a quest is to garner a thorough understanding of the statute of limitations for debt. Written contracts—like credit card and loan agreements—are relevant under the law for certain, state-specific periods of time, meaning you can be successfully sued for breaching these contracts (i.e. not paying what you owe) at any time before the expiration of the statute. Once this time frame concludes, a suit can still be brought against you, but it will be dismissed provided that you inform the court that the debt in question is time-barred.

However, determining the length of time you’ll be at risk of losing a lawsuit is not as simple as figuring out when you first became delinquent and counting forward the number of years set forth under your state’s statute. You see, the statute of limitations for debt is not static. It resets each time you make a payment, thereby effectively re-aging your debt.

So what does this mean for you—should you pay or not? 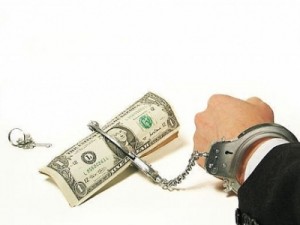 While it might seem unnatural to make a conscious decision not to pay money that you owe, in some cases such a strategy might be your best option. In order to make this determination, first figure out the monthly payments you can afford to make comfortably and for how long. If this payment plan does not satisfy your creditors, hold onto your cash because there is no sense in paying them something they won’t be happy with, especially since it will reset the statute of limitations.

Still, the best possible solution is to reach an agreement with your creditor, lender or debt collector. Whether you establish an affordable payment plan or agree to immediately pay the totality of a reduced balance, the threat of a lawsuit will be removed and the end of the line for debt brought to light.

Remember, however, that if you do not live up to the terms of such an agreement, there will be severe monetary and credit score repercussions. In addition, forgiven debt—the difference between what you borrow and what you’re required to pay back—may need to be reported as income.

I don’t know about you, but in the grand scheme of things, I’d take paying taxes over paying the full amount being taxed any day of the week. Likewise, I think it’s fair to say that anyone would prefer not to get sued. Therefore, in order to advance these interests and ensure that you’ll bear fewer scars upon becoming debt free, make sure to know the legal framework of debt and approach your debt strategically. Just as you know not to let debt collectors push you around on the phone or on your doorstep, don’t allow the same bullying in a courtroom either.

Are CEOs 300 Times More Valuable Than Their Lowest-paid Workers?