When Insurance Companies Fail: A Case Made For the AIG Bail Out

by Sandy Smith
in Learn Something, Partner Posts
0

Just about all of us recall the events that transpired back in 2008 which led to the United States’ financial melt-down and a whirlwind of debate over one question: “Do we bail them out, or do we not?” Part of the “we” in this scenario was AIG – American International Group – the insurance giant; a nickname that is wholeheartedly deserved. To visit a more reputable life insurance company, click this link.

If you stuck a thermometer into the United States around this time, you’d see a boiling spike anytime anyone mentioned spending taxpayer dollars to bail out anything, however, the ultimate decision to bail out AIG wasn’t made lightly and could have very well saved us from what’s been dubbed “financial apocalypse”. It may sound like a dramatic exaggeration, but let’s examine.

Making its rounds through Washington at the time of the decision-making was a 21-page document entitled “A.I.G.: Is the Risk Systemic?” and while this document was confidential, it was prepared by A.I.G. to make its own case – a case that was won to the tune of $30 billion dollars, in what was the fourth bail-out within a six month time frame. For the government to step in on a case like this one, it needed to know exactly what the consequences would be if it didn’t – hence the examination of “systemic risk”.

What is Systemic Risk?

It’s a phrase used to define and identify risk that has a potentially devastating domino effect – in this case, on our economy. In cases like the Lehman Brothers, or General Motors, systemic risk was a factor, but in comparison to the risk of A.I.G. failing, those are both “day at the park” failures.

For A.I.G., failure would have equated to a crippling blow to not only the banking system, but to the 81 million life insurances policies that it currently held worth over $1.9 TRILLION globally. Of course, there’s always a system for failure in place – structured and maintained on the state level – that protects the policyholder in these situations, but the larger concern here was that faith would be lost by policyholders in A.I.G. as a stable, reputable, life insurance purveyor.

Why does it matter if we don’t trust A.I.G.? Why keep them in business?

Think about it: what happens if people don’t believe their investment is safe? They get out and they get out fast. If this had been the case and even a fraction of the 81 million people insured through A.I.G. had cashed out and run, it would have cast a devastating ripple effect across the entire life insurance industry.

One of the points made within the 21-page let’s-save-A.I.G.-document was exactly this, “A ‘run on the bank’ in the life and retirement business would have sweeping impacts across the economy in the U.S. In countries around the world with higher savings rates than the U.S., the failure of insurance companies would be catastrophic.”

There simply wouldn’t have been enough money within all of the state-regulated “guarantee funds” to handle that kind of ‘run on the bank’; insurance companies would have had to pay money into the funds to replenish them – weakening them for an indeterminable amount of time, if not bankrupting them hand-over-fist – they would have suffered substantial credit losses, and at the end of the day, the taxpayer and policyholder would have suffered anyway and for longer.

David E. Wood, a partner at the law firm Anderson Kill Wood & Bender, explained this systemic domino effect further during the crisis saying, “Given the number of states in which A.I.G. is domiciled, or in which it issued large numbers of policies, the net effect may be regulatory gridlock and high administrative expenses, delaying payment and decreasing the funds available to pay claims.”

How an A.I.G. Failure Would Have Affected Obtaining New Policies 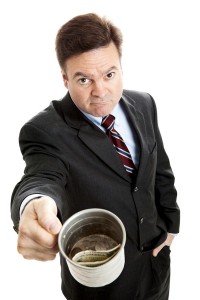 Unfortunately, if A.I.G. had been allowed to fail, obtaining a new life insurance policy – or even holding on to your existing policy – would have been quite the triumph as most would have ended up getting shut out. Per the document, “Some life-policy holders may no longer be insurance at commensurate rates or as a result of adverse health situations since the purchase of the original policy.”

How did this happen?

Well, you can pretty much call it a gamble gone wrong on a borrowed dime. A.I.G. used their stellar credit rating and established, stable, business to gamble too much and it backfired – it’s a tale as old as time, really.

Edward M. Libby – A.I.G.’s replacement CEO – spoke to the New York Times criticizing the structure his predecessor had built saying, “It’s an interesting structure where you have an insurance company that works really well and on top of it is a holding company and the holding company’s biggest asset is this huge hedge fund. It just doesn’t make any sense to me.”

Did we get the most out of the bail-out?

This was the question the government had to try and predict when they made their decision – based on everything examined above – to bail out A.I.G. and really, we have no way of knowing if the decision and deals made were the right ones. It was a choice made knowing that $30 billion taxpayer dollars would be spent for what would appear to be very little guaranteed-return, but could potentially avoid an unforeseeable, possibly inconceivable, amount of collateral damage to the economy.

Now that we’re 5 years down the line, what would you say? Was it worth it?

Think You Don't Need Life Insurance? 5 Reasons You Do

Think You Don't Need Life Insurance? 5 Reasons You Do